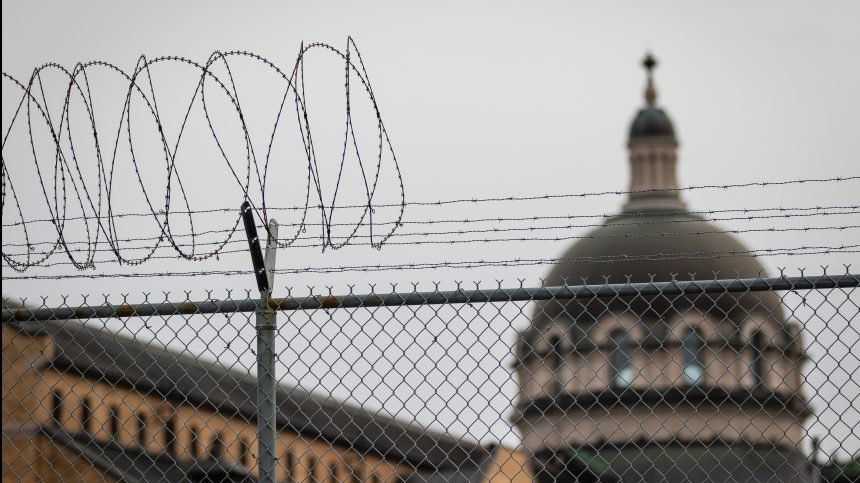 Prison conditions for inmates at risk of having contracted the coronavirus are improving somewhat at Bordeaux Prison. However, concerns remain high as the number of positive cases continues to increase in the institution.

As of Monday, the Montreal Detention Centre (Bordeaux) has identified 49 inmates with coronavirus out of a total of 909. They are all in two areas of the provincial prison that are under total containment to limit the risk of the virus spreading elsewhere in the institution.

In recent weeks, relatives of inmates as well as several organizations have deplored the conditions of detention of people who find themselves in the confined areas of the prison. However, their demands are beginning to be heard. In recent days, prisoners have had more regular access to cell phones, which are cleaned after each use, the ministère de la Sécurité publique (MSP) confirmed to Métro.

“As a close relative, it’s certain that just having access to a phone to contact others is heartwarming,” says Jean-Louis Nguyen. For the first time in more than two weeks, Nguyen was able to get in touch with his partner, who is serving a 28-month sentence for drug trafficking, last Friday. The MSP says it has acquired more cell phones to reduce the waiting time for inmates to use them.

However, conditions for prisoners in the confined areas are still far from adequate, according to several relatives. Prisoners reportedly have difficulty accessing a shower, in particular.

“They only come out of their rooms once a day,” said Alexis Fraser-Maxwell, the wife of an inmate in Bordeaux Prison.

Screening tests are also beginning to be done in greater numbers. Mr. Nguyen hopes that such an initiative will then facilitate the transfer of inmates who test negative to other areas of the institution, where they have access to more services. While confirming that such transfers are being considered, the Syndicat des agents de la paix en services correctionnels du Québec (SAPSCQ-CSN) is calling for caution.

“Asymptomatic people should not be moved to other areas. Containment measures have been put in place to avoid moving the virus to other areas,” says its president, Mathieu Lavoie.

In an e-mail response, the MSP states that it has required all correctional staff to wear masks “at all times when entering the institution’s doors”. However, officials at Bordeaux Prison are concerned about an eventual lack of personal protective equipment.

“We need the right safeguards, and on that issue, I would say there are some loopholes,” says Lavoie.

“If we come in a week and we’re out [of protective gear], it’s going to be a problem.” - Mathieu Lavoie, President of the SAPSCQ-CSN

A shortage of staff is also beginning to be felt as the facility has 30 agents testing positive for the coronavirus, up from last week, said Lavoie.

The health crisis is also of concern in federally run prisons. In Québec, there have been 205 cases of coronavirus contamination in these institutions out of a total of 333 in all federal prisons across the country. The Laval Federal Training Centre alone has 138 positive cases in addition to one death caused by the coronavirus.

In this context, the Union of Safety and Justice Employees (USJE) is calling on Ottawa to ensure, among other things, that all inmates and employees of these institutions are tested.

“There is concern that with the reopening of daycare centres and schools, more employees will return to work, which could contribute to the spread of the coronavirus in institutions,” said Karine Kergoat, Québec Vice-President of the USJE, to Métro.