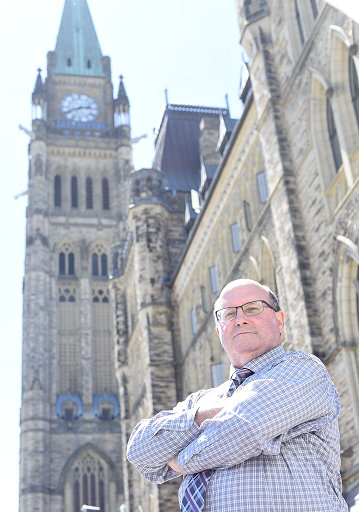 OTTAWA, ON (Tues, June 20, 2017) –– A report released today by the Union of Solicitor General Employees (USGE) calls for federal measures to protect and recognize public safety and justice workers it says are at significant risk of suffering psychological injuries from exposure to second-hand trauma at work.

Based on a national survey, the report shows that a majority of public safety employees who responded are negatively affected by the violent nature of criminal histories, victim statements, graphic evidence, and related materials they manage in high stress work environments. These include parole officers, teachers and others working in federal prisons, and employees in RCMP detachments, federal courts and the Parole Board of Canada.

“The toll from constant exposure to trauma on frontline workers such as police, paramedics and firefighters is widely-recognized,” said USGE National President Stan Stapleton. “Yet public safety and justice workers working behind the scenes are disproportionately affected by exposure to second-hand trauma. These workers receive almost no training or preparation, few protections, and little recognition for their injuries.”

More than three-quarters of the public safety workers surveyed – 79 per cent – said they had experienced at least some personal impact from viewing traumatic material.

“We could write a book and nobody would believe what we see, read, hear, endure and deal with every day,” responded a female parole officer. “How do you read some of the most traumatic, horrifying and terrifying material, and then come home to your family and not bring this with you?”

The report recommends federal measures to help recognize and prevent psychological breakdown and other debilitating symptoms workers experience from regular exposure to second-hand trauma. It also calls for measures to transform workplace culture.

Respondents reported experiencing nightmares and insomnia, emotional difficulties or outbursts, feelings of fear and grief, marital problems, and a decrease in physical health. An RCMP detachment service assistant exposed to traumatic situations several times a day said her “parenting has changed due to traumatic experiences.” An RCMP analyst described how exposure to violent crime files has made her withdrawn, more hypervigilant, and untrusting.

“These findings have significance for the larger issue of public safety,” says Stapleton. “We need to understand that public safety goes beyond traditional frontline response, and we need to ensure that employees are protected and supported in these critical roles they undertake to keep Canadians safe.”

The majority of respondents surveyed said their current employer in not providing sufficient training or preparation for persistent exposure to traumatic stories, criminal histories and graphic materials. More than half surveyed for Corrections Services Canada (CSC) reported a work environment that viewed mental health impacts as a sign of weakness in staff.

“The culture at work only supports taking time off when staff are physically assaulted,” reported a male parole officer. “They shame staff who become depressed or over-stressed due to traumatic material or threats to their safety.”

USGE represents more than 16,000 members who work to keep Canadians safe every day. USGE members have critical roles in the federal penitentiary system and RCMP detachments across Canada. Across 17 federal departments, they work to protect the safety and privacy of Canadians and to help provide access to information, justice and human rights.