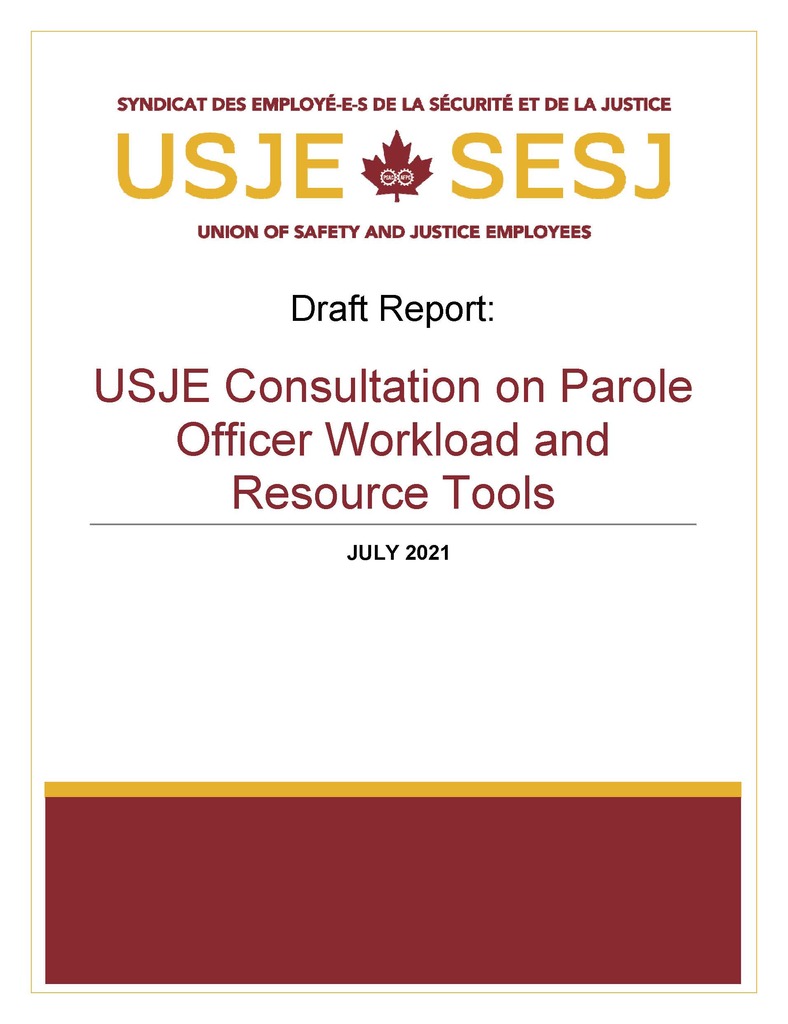 In June of 2021, the Union of Safety and Justice Employees (USJE) convened five roundtables with Parole Officers in Institutions and Communities across the country. The purpose of these roundtables was to canvass some of CSC’s most crucial frontline employees on: 1. how the pandemic and other changes within Corrections has created workload challenges in managing Canada’s federal offender population; 2. solicit their views on the efficacy of current resourcing tools within Corrections, and 3. identify solutions to improve and expand tools and resources where appropriate. 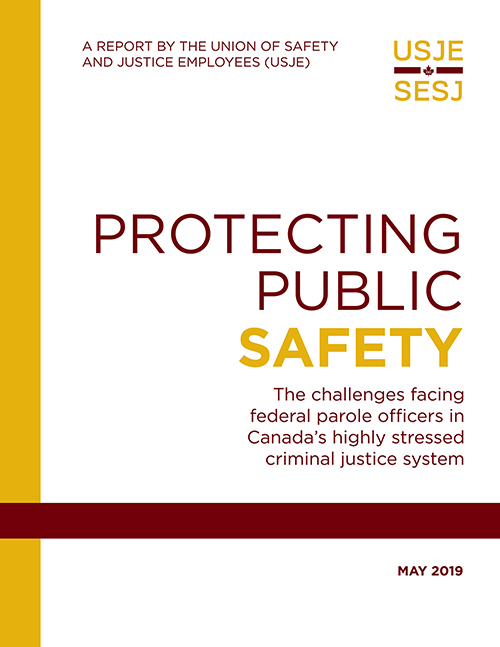 This report, released in May of 2019, says Canada’s correctional system is stressed and nearing a breaking point – with a majority of respondents asserting their working conditions often prevent them from properly assessing, supervising and preparing offenders for their safe return to society.

More than two-thirds (69%) of parole officers surveyed worried they are not able to sufficiently protect the public given their current workloads. The vast majority (92%) agreed an increase in staffing would improve their capacity to keep Canadians safe.

A further 85% agreed a decrease in the number of offenders assigned to them would improve public safety. 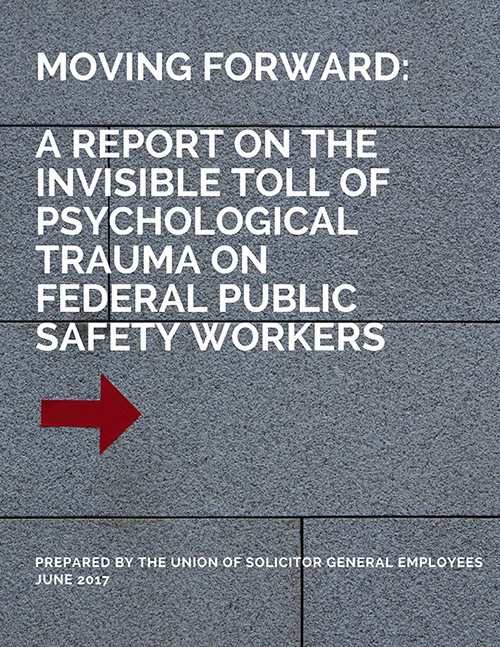 MOVING FORWARD: A REPORT ON THE INVISIBLE TOLL OF PSYCHOLOGICAL TRAUMA ON FEDERAL PUBLIC SAFETY WORKERS

This report, released in June of 2017, calls for federal measures to protect and recognize public safety and justice workers who are at significant risk of suffering psychological injuries from exposure to second-hand trauma at work.

Based on a national survey, the report shows that a majority of public safety employees who responded are negatively affected by the violent nature of criminal histories, victim statements, graphic evidence, and related materials they manage in high stress work environments. These include parole officers, teachers and others working in federal prisons, and employees in RCMP detachments, federal courts and the Parole Board of Canada.