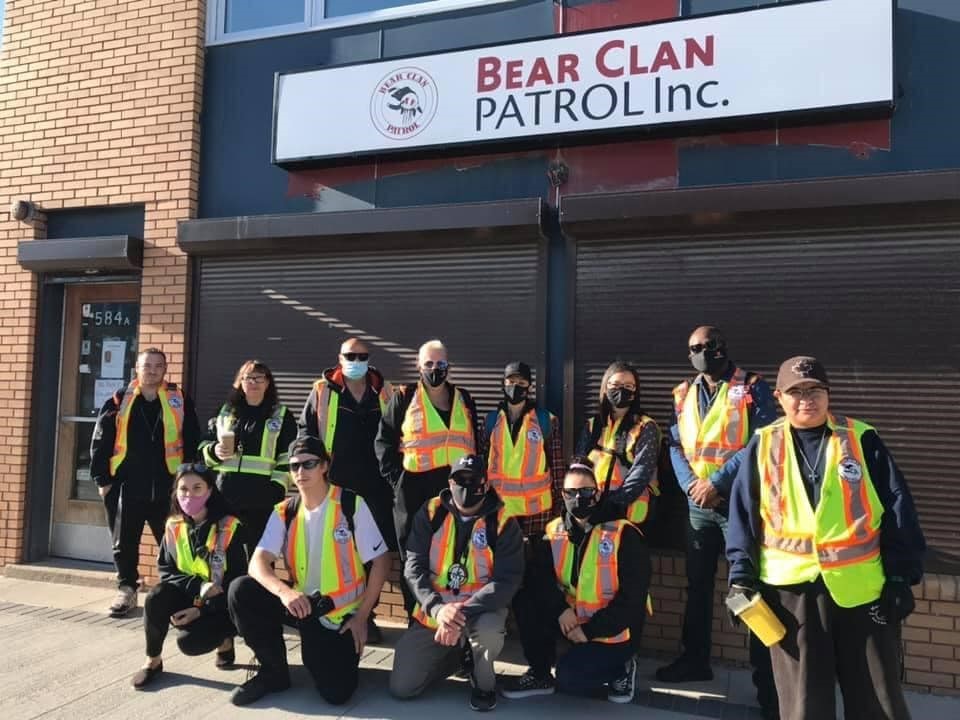 The Bear Clan Patrol needs little introduction; after it was first founded in Winnipeg, different Bear Clan patrols have popped up in multiple cities across Canada.

Why? Because the formula works: Drawing from traditional indigenous philosophies and practices, the organization undertake evening community patrols, provides rides, cleans up discarded needles left on the streets, and delivers food to people in need.

After applying for funding a few months prior, the Bear Clan Patrol received $50,000 in funding by the Union of Safety and Justice Employees (USJE) in March of 2020.According to John Drabble, the Secretary-Treasurer of the Bear Clan, the funding couldn’t have come at a more opportune time.

“Well, you have to understand that the biggest challenge, for most any charitable organization, is the January-to-March period. That’s where many groups are trying to secure their funding for the year,” Drabble explains. “It’s an uncertain time, make-or-break period for a lot of organizations. Of course, the challenges of 2020 were magnified by a worldwide pandemic!”

Once the pandemic made its way to Winnipeg, the Bear Clan realized quickly that it needed to adapt its operations.

“We had to pull back our neighborhood patrols for a bit,” Drabble says. “And normally where we would have about 300 people lined up outside our doors for food every day, with the pandemic that need almost doubled. But with the lockdown restrictions, lining up outside was now prohibited, so we had to change something.”

The Bear Clan didn’t start out providing food out of its base of operations at the Ndinawe Youth Drop-In Centre, but people kept asking for food. Rather than having desperate people getting hurt dumpster diving or getting arrested for shoplifting food, the non-profit organization stepped up to answer the call. And the need to feed hungry people wasn’t going to go away with a pandemic lockdown. In fact, the need was now more pronounced because so many low-wage workers lost their income when their employers had to close their doors. 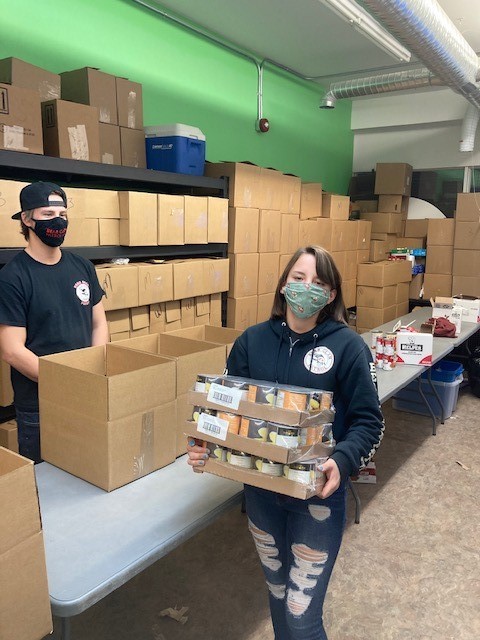 The proposed solution: How about a food hamper delivery service? After all, the Bear Clan is founded upon responding to community needs, and the pandemic showed that the immediate need was to provide some food stability for those who were struggling the most, so the Clan shifted their business model and developed a program to deliver food hampers.

“There were a lot of hurdles, of course,” states Drabble. “First, we went to a local supermarket asking for wholesale prices of food, which is a big ask when you will need about $10,000-$20,000 of food every month. And thankfully we were able to secure that support. But even then, food donors will only give you what they have, so there would still be a lot of other food staples that we would need to purchase to help the folks who need it most.”

When asked about whether Food Banks could have provided the needed support, John Drabble explained the nuance: “Sure, there are food banks, but there are also layers of need. Many food banks service the working poor, who may have a car or a bus pass and a Social Insurance Number. But you go a couple of rungs down the ladder, and you have people in desperate need of support, who often have almost no mobility and ID issues, and that’s who the Bear Clan services.”

And that’s where the timing of USJE’s $50,000 donation comes into play. It was utilized as seed funding for a food hamper delivery program that is now an integral part of the Bear Clan’s overall operation in Winnipeg.

“The timing was great. Not only did USJE’s donation help with our food hamper program, it enabled us to launch it in the first place,” says Drabble. “It allowed us to demonstrate the viability of the food hamper program to our partners, and from then on it’s been a success.”

Since it began, the need for food hampers has only grown; it now costs Bear Clan about $100,000 per month, providing some food security to a very vulnerable population.

That’s important, because research shows that stable housing and regular access to healthy food are the building blocks for escaping the crushing cycle of poverty. The Union of Safety and Justice Employees believes that investments in our community organizations vastly improves the safety of the cities we live in. We congratulate the Bear Clan for their great work in the Winnipeg area!

USJE’s Community Safety and Outreach Initiative, was established in 2019 as part of a three-year strategic plan for USJE. Four great projects from across the country were selected and funded from a host of applications. Our Union believes that union involvement is not limited solely to our workplaces but that we have an important role to play in strengthening the communities we live in as well.