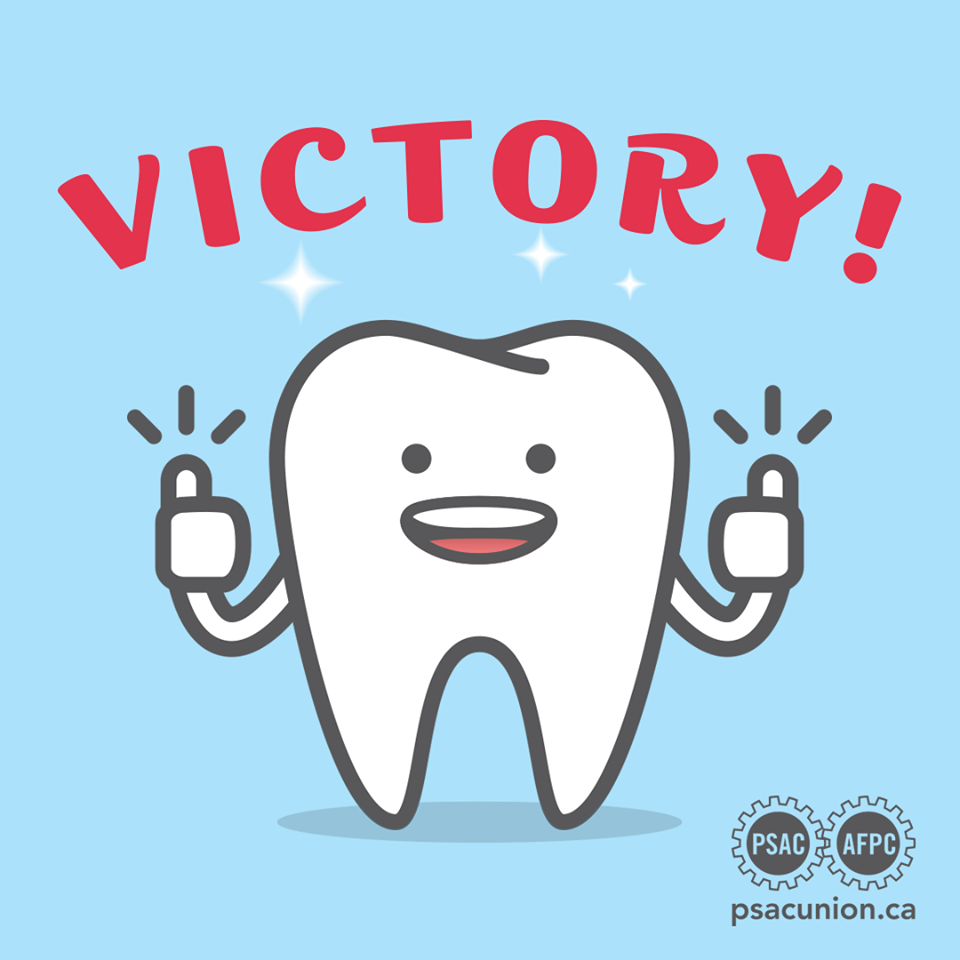 After lengthy negotiations and an arbitration process, PSAC has won a major victory for the Public Service Dental Care Plan, which will result in substantial improvements for your coverage.

“The government dragged this process out by trying to get us to accept reduced coverage for our members,” said Chris Aylward, National President of the Public Service Alliance of Canada. “But our position has always been that our members deserve better, and I’m very pleased that the arbitration panel agreed with us.”

The major highlight is a 47% increase to the annual maximum for routine and major services. The current maximum of $1,700 per year will gradually increase to $2,500 per year as follows:

Additionally, as of January 1, 2019, the following changes will be made:

The full text of the new dental plan will be posted online in the near future.

The government made a large number of proposals to the arbitration panel that sought to weaken the dental plan. Very few of them were accepted and the ones that were accepted are small and have a very minor impact on plan members. These are:

Any other proposals that are not mentioned above will remain status quo without change.